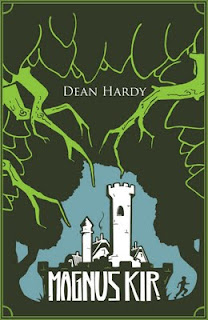 Originality – 5/5
Writing Style – 5/5
Plot – 5/5
Characters – 5/5
Aesthetics – 5/5
Why does God make rules? And what makes us want to break them?
Twelve-year old Zack has never been outside his hometown of Magnus Kir. That’s because the people of Magnus Kir have built a wall around the entire town with no entrance and no exits. They are ‘trapped’ inside, protected from and unaffected by the outside world. In fact, the only way to leave town is by committing a crime so heinous that the king has no choice but to sentence you to exile.
But Zack has accidentally found another way out. Will he take it? What he will find on the outside? Will he be able to get back in once he’s left?
Magnus Kir is a wonderful Young Adult tale of sin and redemption. Dean’s writing is fluid, his world unique, and his message spot on. You’ll love reading about wise King Amethyst, the fantastic creatures of the Gedolah, and discovering all the poignant spiritual truths this multi-faceted allegory reveals.
I recommend Magnus Kir to readers of all ages and will look forward to any other tales Dean Hardy may have in the works.
Magnus Kir is available at MagnusKir.com.
Get more reviews at Christian Sci-Fi and Fantasy Review!

Read it free or order your copy at
The Gifted Book Series!
Posted by Rev. Stephen R. Wilson at 11:56 AM